120 yen per square meter in Japan 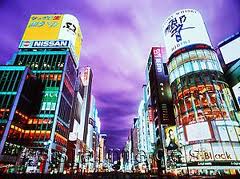 Enough to fall on the mat. Forget the over priced gold futon in uptown Tokyo. A Japanese town is trying to attract new inhabitants to the city with an unbeatable price: 1,20 euro per square meter!

Yuni, a small town of 5900 inhabitants on the large northern island of Hokkaido seeks to stop its decreasing population and repopulate. Are you ready for the country of the Rising Sun?

The proposed rate of 120 yen per square meter represents just 2% of the market price in this locality – 6,000 yen per square meter (75 US dollars) – and an infinitesimal fraction of the amount required for the same land area in the chic Ginza in Tokyo … more than 10 million yen (150,000 dollars).

“We want to encourage people from outside to come and live in our city to stop its demographic decline and revitalize,” said the municipality’s website.

A bit far from everything …

The authorities of Yuni, located an hour’s drive from the main city of Hokkaido, Sapporo, is selling eight lots, each 330 square meters for only 500 dollars! – From a former public housing project. The potential buyers must commit to build a house on the land and live there within three years.

Some 200 people, mostly residents of the metropolis of Tokyo, have informed about the terms of the sale two weeks after the commencement of the municipal offering, said an official of Yuni. Among these potential customers are few foreigners including a resident of Hong Kong. Only the Japanese or foreigners with a permanent residence in Japan have the right to buy the lots.

“Two Japanese have already filed all the necessary paperwork to buy,” the official added, Yasuhiko Nakamichi, noting that the municipality could hold a lottery to decide between multiple candidates for purchase after the deadline set for the submission of applications. “Our hills provide stunning views of the rice fields, it is one of our selling points,” he said, adding that the price of 120 yen per square meter was determined by reference to the age of the village based at the end of the 19th century.

Land prices in overcrowded Japanese metropolises remain among the highest in the world, despite years of deflation and economic mixed growth.

This entry was posted in Asia, real estate. Bookmark the permalink.