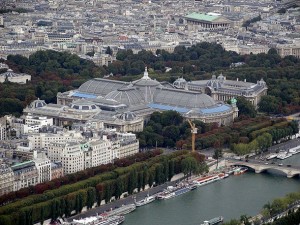 The French real estate market seems to have frozen at the approach of winter. Over the past year, the number of sales has fallen sharply. After a rebound in late 2011 due to the anticipation of tightening of the taxation on real estate profits and the announcement of the demise of the zero loan in the second-hand market, the volume of transactions decreases inexorably.

In Ile-de-France, transactions have plunged 21% in the second quarter. France has entered into one of the three most serious housing crisis since the late 1970s. And this is likely to continue, because most sellers can wait. Without some public intervention to revive the market nothing will happen in the near term. While 858,200 transactions were recorded in 2011, the total sales could fall to 700,000 in 2012.

Despite this bleak picture, prices have so far resisted. In the Paris market, the imbalance between supply and demand appears relatively strong. In Paris, the drop should not exceed 5% to 8% a year, which should be enough to sustain demand. The Parisian market remains highly sought after and is so small that it is preserved from price collapse, as there is virtually no new buily homes.

Proof of this resilience, prices hit a new record this summer, with an average price per square meter of 8410 euros for the period from May to July, according to the Chamber of Notaries of Paris and Ile -de-France. For a four-room apartment, it costs 850,000 euros on average and no less than 250 000 euros for a studio of 30 m2. But this new record should not hide the fact that it is the price stabilization that dominates.

After a decade of euphoria, opinions are divided regarding future price drops. Some anticipate a decline of 8% to 10% for quality properties located in major regional cities within twelve to eighteen months. Downward could reach 20% to 40% in the periphery of cities under 100,000 inhabitants and in rural areas, according to housing quality and location. Against the backdrop of rising unemployment, fear paralyzes. Yet buying real estate homes commits over the long term. This is why it is the first to suffer in this kind of situation. However others do not believe in an adjustment with spectacular price changes. Historically, property prices in France go down very little in comparison to falling volumes, as most sellers prefer to wait rather than sell at a price below their expectation.

Particularly attractive mortgage rates, which helped the sharp decline in the market in 2008-2009, do not seem to support the market anymore. In September, they settled at 3.44% on average, against 3.95% six months earlier. As the average maturity, the elongation had helped fuel the surge in the purchase price over the past decade, it tends to decrease significantly since the beginning of the year. Evidence that banks take less risk in their lending to individuals. In September, the average maturity was 206 months, against 214 in early 2011.

In the first nine months of 2012, the mortgage market contracted by 31.9% yoy. Despite the rate getting lower and lower, the return takes place in a bleak time, with worried buyers. Month after month, the equation remains the same: the high price of real estate held by the scarcity of products, is at odds with the borrowing capacity of buyers.

In this situation the government’s room for maneuver is narrow. September 11, Cécile Duflot, Minister for Equal territories and housing, presented to the Senate a bill of general mobilization for housing. Among the key measures was included the provision of State land, the increase of 20% to 25% of the social housing in towns with more than 3500 inhabitants, a 20% reduction on thereal estate capital gains tax (excluding primary residences) in 2013 and the creation of new device tax incentives for rental investment.

Taking the objectives of the previous government, Cécile Duflot has announced plans to build 500,000 homes per year, including 150,000 social housing. An ambitious goal, while housing starts have not exceeded 380,000 in 2011 and are expected to fall to 320,000 in 2012. For a majority of experts, it can hardly be maintained. The government will not reach it in 2012, and probably not in 2013. This year, households are getting 120 billion of home loans. Given its budgetary situation, the state does not have the means to support the market. Only a powerful reinforcement of the support to the property market could change that, but it is not on the agenda.

This entry was posted in Europe, real estate. Bookmark the permalink.